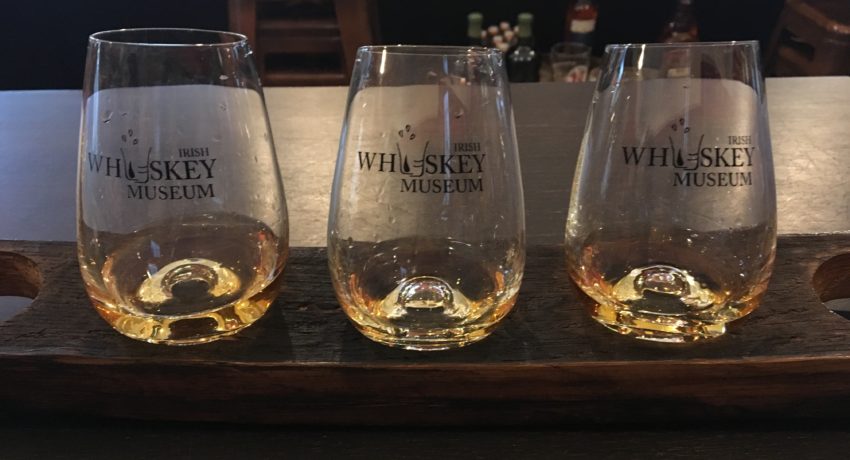 The Best Places I visited in Dublin, Ireland

The experience itself was great. Our tour was led by a self professed “poor art student” – who was a great host, and told us all about the history of prohibition in Ireland, Scottish Whisky vs. Irish Whiskey and much more. I’d say that especially considering the tour includes three generous shots of whiskey, it was well worth the money for the experience.

Note that we booked our tour on 365tickets.com instead of the official website, because they are listed on TopCashBack, which let us save about 10% off the price of each ticket. Sign up for either the American Topcashback.com or the UK TopCashBack.co.uk, depending on what makes most sense for you. 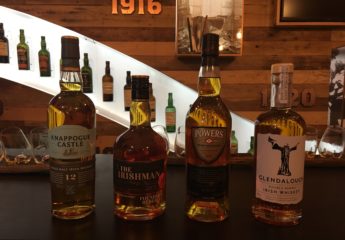 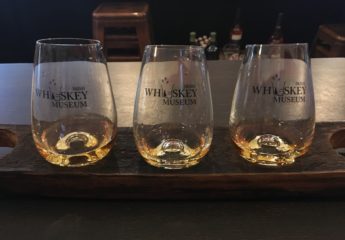 The jail is a little bit of a ways from Dublin, but was worth the trip for us. The history of Modern Dublin is a huge deal in Ireland, and for good reason. I found it really interesting, and the tour itself was both informative and haunting. They take you into the cells of some of the former inmates/political prisoners involved in the 1916 Easter Rising. This year they also have a new exhibit honouring Nelson Mandela in honour of what would have been his 100th birthday, which is another cool thing to check out while you’re there. 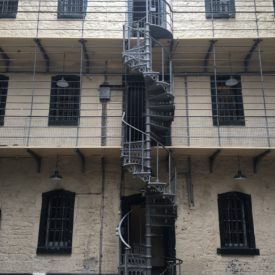 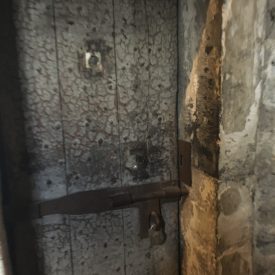 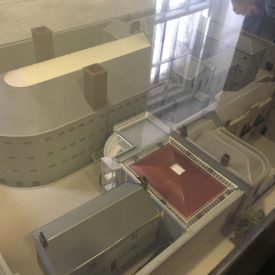 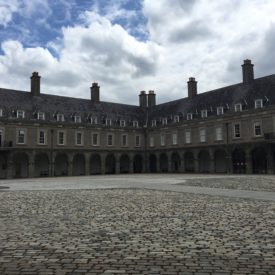 This was probably my favourite little bit of history that I got to experience in Dublin. I find mummies fascinating, and the crypts in the basement of St. Michan’s church did not disappoint! You weren’t allowed to take photos out of respect for the dead, so I can’t show you what I saw – but honestly it’s something you should experience yourself.

Tickets can be purchased inside the church, and they were a very nominal price (€5?). After you get your ticket, the tour guide will lead you outside and then downstairs. You’ll have to be careful not to bump your head – the stairs are steep and the ceilings by the entrance are low. Once you’re in, you’ll feel that the air is cool and crisp and you’ll find yourself in a short dark corridor with room doors on each side. Each room tiny – probably about 7×7 feet if I had to guess.

Over time, some of the coffins have decomposed, allowing them to break open and the contents to be seen. Thanks to the limestone walls and dry air, the bodies have been preserved beautifully. The guide tells you about the history of the crypts, including how some of them are still “active” – meaning that there are some families in Dublin who are technically still entitled to bury families there. Most interesting to me was the mystery of the 800 year old”crusader” as they call him. How did this mummy end up here when all the others are 400 years old or less? Fascinating. 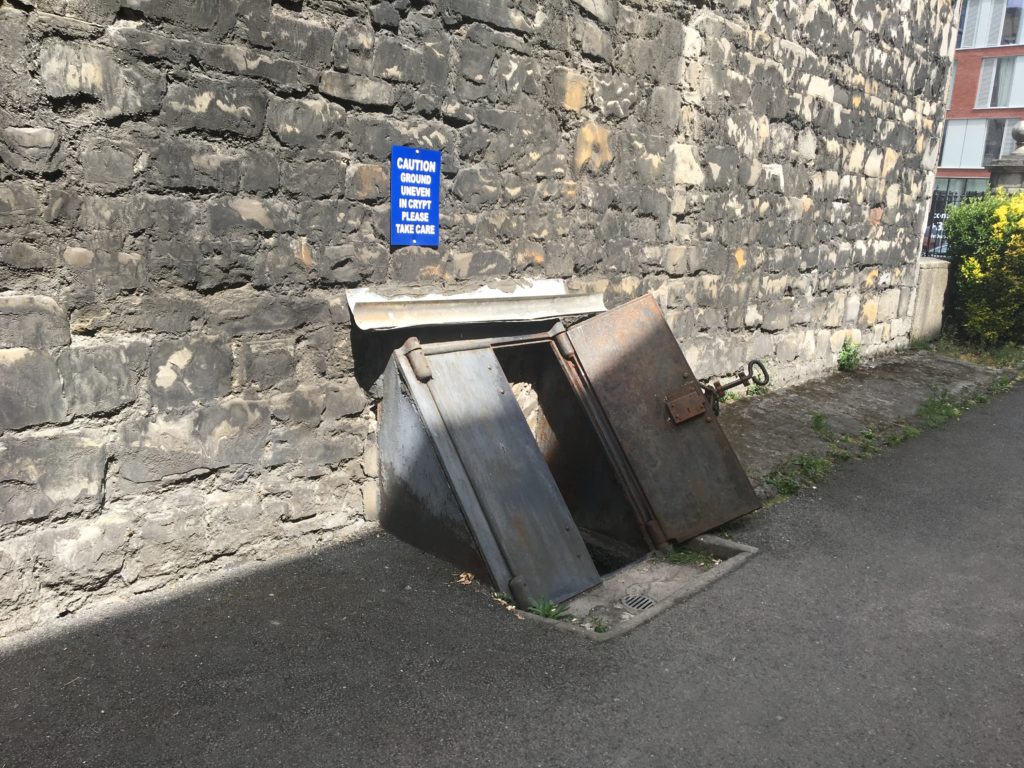 Maybe it’s because I haven’t been in many castles…but this place was absolutely massive. One of the best parts for me took place near the beginning of our tour. The guide took us downstairs to see the ruins of the original castle, which was really cool. After that he took us into the church that was beside the palace, and then the actual palace itself. The palace was filled with beautiful artwork and paintings, though honestly I think I got bored about halfway through and we left the tour early to find ice cream 🙂 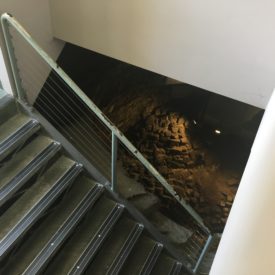 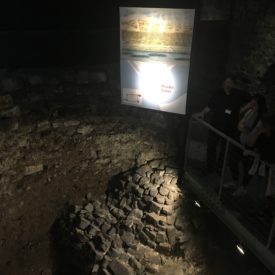 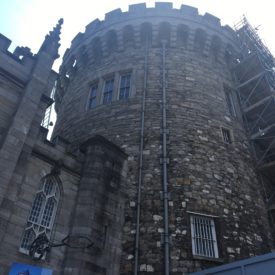 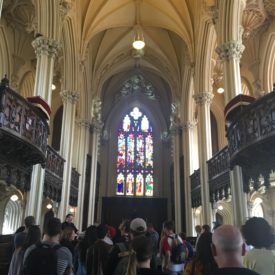 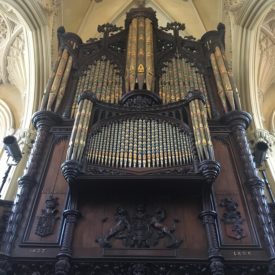 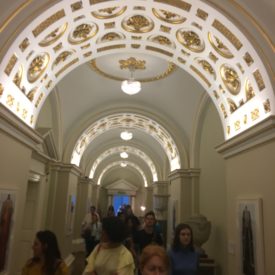 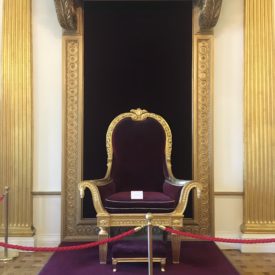 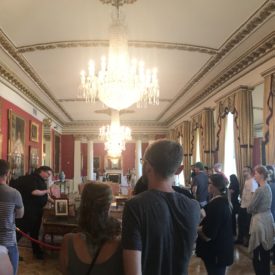 We felt like we had seen a good amount of Dublin in the few days that we were there, so decided to venture out and do a day trip before we left to Amsterdam. I’ll be writing more about that soon.